Students compare themselves to another person using comparative adjectives

Comparative Structures:  AS & THAN

Students make & answer questions about comparing themselves to other people 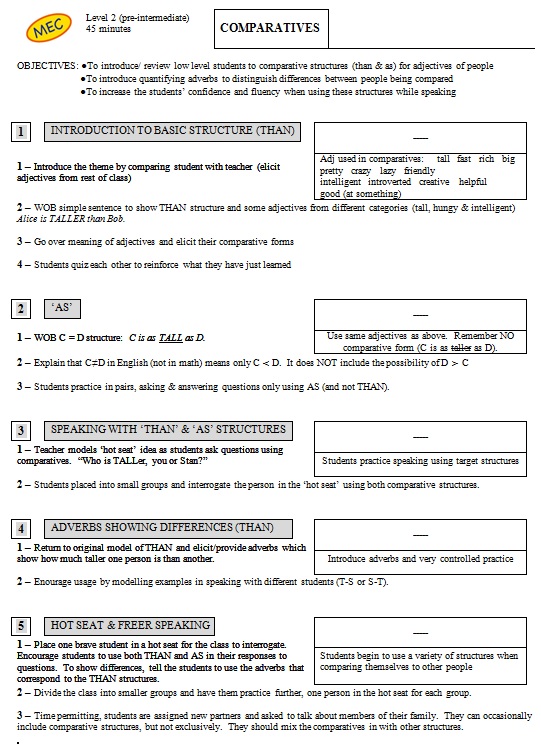 Comparatives can appear simple, but students frequently have difficulties with them, even if focusing only on adjectives.  Ideally the students would be able to practice using them over several classes.  If your class is finding it sufficiently challenging to deal with AS and THAN, then give them the time and space to dedicate their efforts to get better control of just that.  and leave the adverbs for another time.

If you have the same group in a future class, you could focus on the same tasks, but maybe adding some new adjectives to play around with.  You could also compare objects and in another class, places, providing them with some new descriptive vocabulary (adjectives) that would help them.  Then, time permitting, you may want to introduce nouns, but these should be left to later down the road, when the students feel sufficiently comfortable using the adjectives.

I have lived in a few different cultures, starting with Canada (Flin Flon, Manitoba), where I grew up, went to university (Winnipeg) and worked for many years. ...

Here you can find all the things that we talked about and are an extra content.